A short comic about food scarcity, repetition, and the dull drudgery of it all.

A story I wanna share because this one reminded me of it.
I grew up dirt poor, food from Walmart was "expensive" food from dollar tree was standard. But by the time I started college my parents and I were much better off. Walmart wasn't as "expensive" as I remember it being. One day a friend of mine had admitted to not eating as well because of expenses. So I gave him a few leftover Starbucks gift cards I wasn't really using. I insisted "next time tell me, if I can afford it I'll buy both of us lunch its no big deal for me". Next week another friend had similar issues. Standing in line I must of told him at least six times he didn't have to pay me back for buying lunch. I think I told him something along the lines of "you don't forget hunger like that, if I can help let me".  I'll be honest, ramen packets aren't actually that bad, curry's pretty good too. I don't really remember what's harder, doing the math to get the portions to last longer as leftovers in the fridge, or trying not to get sick of the food because its all you've been eating for weeks. I don't really have a moral to this story. But something about this story hit close to home in a way I didn't expect it to. It makes me want to buy Starbucks gift cards I wont use.

Thanks so much for posting this here!

Np! I wanted to post it sooner but I didnt have access to my comp w the files :p 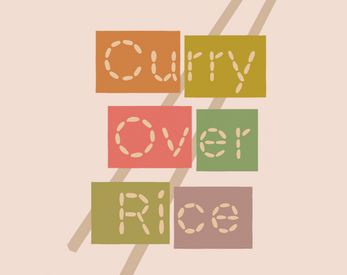